We have a former certified firefighter on site at all times if there are any questions. 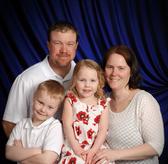 Keller Fence Company has Union crews on staff. We are an AFA member and AFA Blue Ribbon Company. We buy American and have the Best warranty in the Northland with 20 + years experience.

The Keller Fence Company Mission:  All of the products we sell are indistinguishable from those sold by our competitors.  What makes Keller Fence Company distinctive is our people and their focus on serving our customers in the most competent possible way.  We must orient everything about our business to our customer.  Toward that end, it is the mission of each person in the company to make our customers look good by bringing the right ideas and products together to create smart solutions to fencing and other security enclosure problems.  Our customer must sense this dedication and if we are successful in this when our customer thinks “fence” they will automatically think “Keller.”

In 1994, Steve Hoopman, with the help of Jim & Mike Keller,  branched out from the well-known Keller Fence Company in St. Paul, Minnesota.  After eight years of drive and ambition, Steve was able to graciously separate from the parent company to remain as Keller Fence Company - North, Inc.  Steve owned and managed Keller Fence until his retirement in 2016.

We live by ethics

We have family spirit

The Keller Story -  The Next Chapter 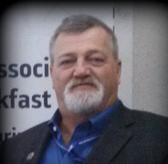 Caley Emerson became Owner & President of Keller Fence Company on February 1st, 2016.  Caley started his fencing career as a teenager at Keller Fence Company in 1998. Even at his young age, he quickly became a Top Producing Foreman for the company. In 2001, Caley moved to the Twin Cities where he was a Foreman for Anchor Fence and quickly became the Superintendent of the Company. In 2007, he began his own fence company, Fence, Inc.. Fence, Inc. was Signatory with the Labor Union and Iron Workers. In 2015, Caley’s strong family ties brought him and his family back to the Grand Rapids Area and his career went full-circle. He became an Operating Consultant at Keller and decided that this is where he wanted to stay.